MrTravel.us
Home Holiday Some of the Highest Peak in Europe for Mountain Climb Enthusiasts
admin

Some of the Highest Peak in Europe for Mountain Climb Enthusiasts 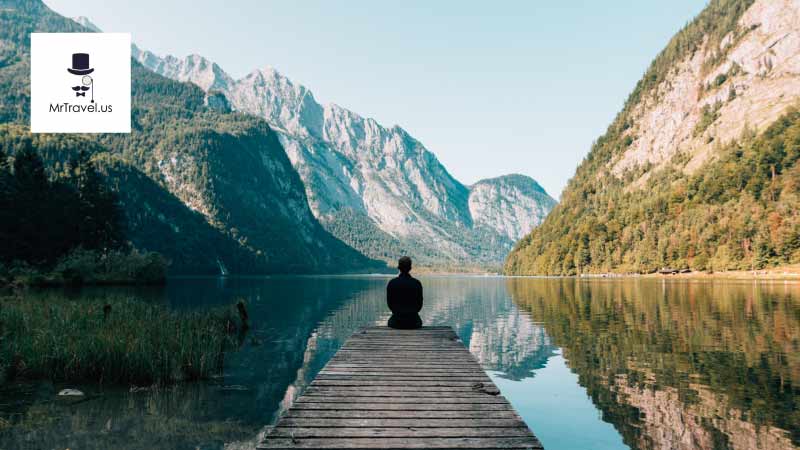 Highest Peak in Europe - If you like hiking or having a mountainous exploration, there are several options of the highest peak in Europe. When people talk about Europe, they mostly talk about the fashionable style of the French or the tasty warm beer in Germany.
When we are talking about snowy mountain, most of us would be thinking about Switzerland. Just so you know, Switzerland isn’t the only place with snowy mountains as there are still many other places having the beautiful top peaks.

One of the Highest Peak in Europe

Monte Rose is located in Switzerland, and it is listed as the highest peak in the country. It is the second highest one in the Alps. Going up would be a challenge. The main peak, Dufourspitze, is around 15,203 feet high. It has become the subject of many cameras, whether from a distance or up-close. But in reality, there are tons of beautiful photo spots in Monte Rosa exploration. 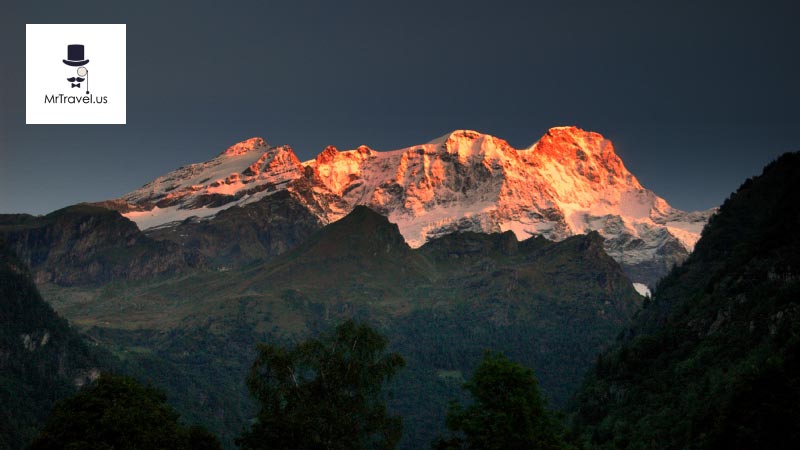 The peak is popular because of the snow, which is happening all year around. It becomes a popular destination for trekking, mountaineering, snowboarding, skiing, and hiking. If you can’t stand the cold, forget coming to this place. Temperatures often drop to sub-zero, and it will get worse during the night.

It’s located in Georgia’s Svaneti region. Georgia here isn’t the name of a city in the US, but a place close to Russian border. Ushba is often considered the Matterhorn (of Caucasus Mountains) not because of the height, but mostly because of the breathtaking double summit view. Be advised, though, that this is one of the most difficult climb within Caucasus Mountain range. The average climbing-time takes around 12 days and it is an exhausting (and also risky) mountaineering. 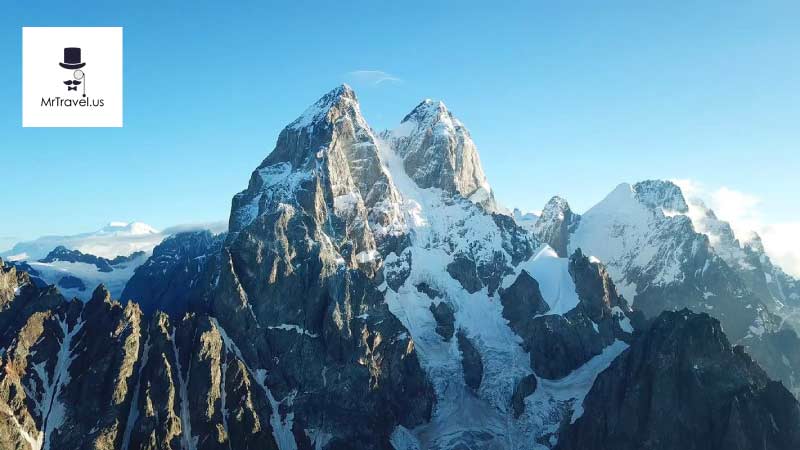 A lot of seasoned mountain climbers are up for a challenge to ‘conquer’ this Queen of the Caucasus. With year round storms and heavy snowfall, you get the challenge of your life. But again, this is one of the most difficult and also most dangerous place, so it’s not the place for beginner climbers.

Want to visit a unique mountain that is somewhat located in between 2 countries? Then you should go to Mont Blanc. The mountain is located between Italy and France, although the summit itself is located technically in France. This is the second most popular peak in the Alps, after the Matterhorn. It’s known as the White Mountain or Monte Bianco. The view is amazing, whether from a plane or from climbers’ point of view. 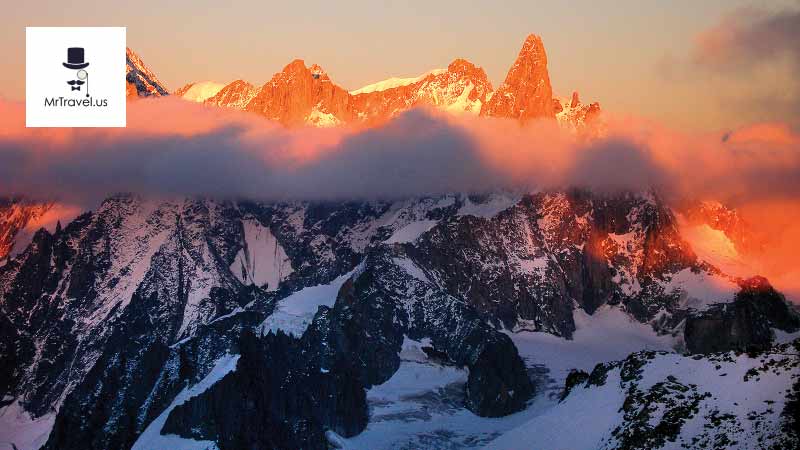 The mountain is a popular destination of winter sports lovers. You can go mountaineering, snowboarding, skiing, and others. If you are into ice-climbing activity, the mountain has its own Mer de Glace glacier that you can explore.

This one is situated in Russia, with a total height reaching 16,877 feet. The mountain is considered a massif (the mountain has several separate peaks), but it’s the only mountain having impressive height going beyond 5,000 meters mark. The mountain itself is not far away from Georgian border. With northern hemisphere location and steep altitude, you can expect snowy setting all year. It’s a perfect winter-theme background for your photos! 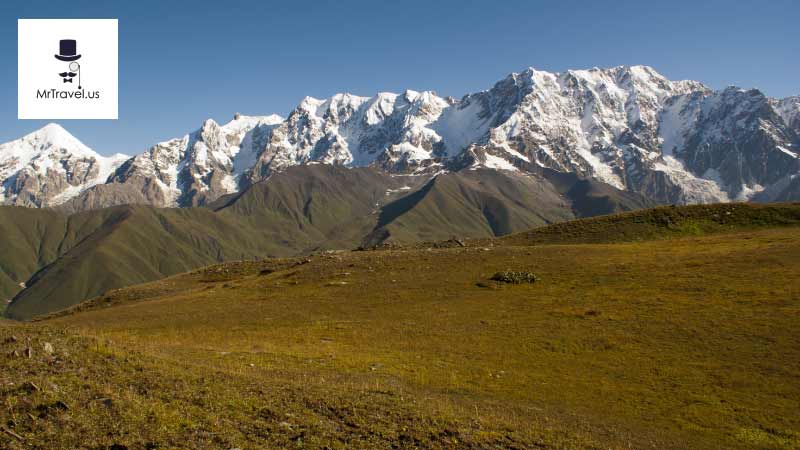 The mountain was discovered in 1889, and it has been considered quite remote when compared to other sites. If you have an adventurous soul in you and you want to challenge yourself when wandering to the unchartered territory, this mountain could be included in your list. Be advised, though, that there are actually different difficulties and terrains available there, from the easy path to the treacherous areas. Dull moments? Never, with this one!

This is basically the highest peak within Caucasus Range. Yes, it topples out the Matterhorn. So, if you think that Switzerland has the highest peak, that’s not completely true. The highest peak is actually located in Russia. In fact, Elbrus Mountain is included within one of the seven summits of the world. And you may know it, but the mountain consists of TWO (main) peaks and both are actually dormant volcanoes. 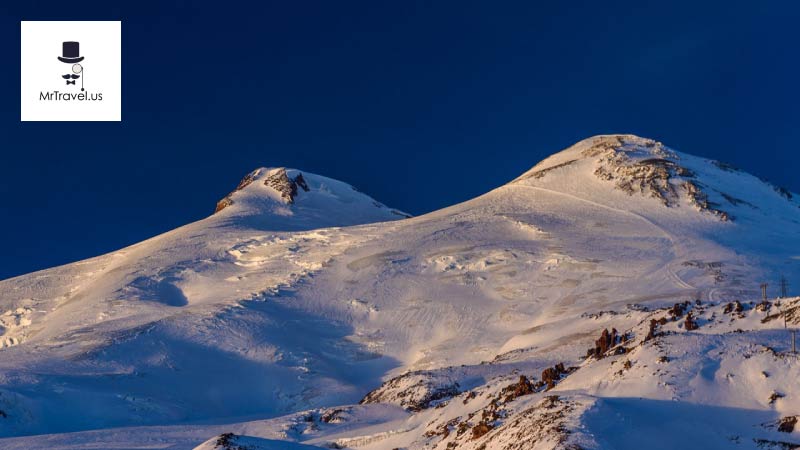 When compared to other mountains within this list, the path to go up is actually relatively easy for travelers. There are chairlifts that travelers can use. But then again, it’s not advisable for untrained and beginner climbers as the mountain is still risky and dangerous.

There you have it, some of the tallest mountainous areas in Europe. Would you go to one of those highest peak in Europe for your next trip?